Welcome to the Site of Alun Harris!

Aiki is the method of unbalancing an opponent in the martial arts of Aikido and Aikijujutsu. The nature of Aiki has been shrouded in mystery. Consequently, learning Aiki based techniques has been problematic, as a failure to unbalance the opponent will undermine the whole technique. My interest in Aiki started over twenty years ago with the aim of understanding what is Aiki and, is it the same in Aikido and Aikijujutsu? Furthermore, how does Aiki differ from the unbalancing methods used in Judo, Jujutsu and wrestling? The early results of this research resulted in articles being published in Aikido Journal and the Aikido Times of the British Aikido Board. Since the publication of these articles, a deeper understanding has been achieved. This has led to a meaningful and practical definition of Aiki which is given below:-

On the next page I have given a brief guide on how to apply Aiki taking into account the natural processes that the body uses to maintain its balance. 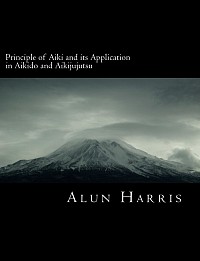 The bio-mechanics that underpin this definition of Aiki and its application is described in the book  " The Principle of Aiki and its Application in Aikido and Aikijujutsu".  This book also includes demonstrations which allow you to experience the unbalancing effect of Aiki. Although this link takes you to the UK Amazon site, this publication is available on all Amazon sites throughout the world and can be viewed on all computers, tablets and smart phones with the free Kindle App. This book is also available on Amazon in a paperback format. 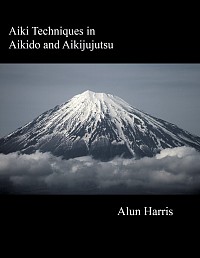 In my latest publication “Aiki Techniques in Aikido and Aikijujutsu” over 60 Aiki techniques are described along with an analysis explaining why each technique unbalances the opponent. These techniques have been sourced from demonstrations by well known sensei. The book is available as an ebook or as a paperback from the Amazon book shop.

In the remaining pages of this site I have analysed how Aiki has been applied in the techniques demonstrated on YouTube by well known Sensei. Techniques are also grouped together where the method of attack is the same. For simplicity, the Aikido description for the attack is used for both Aikido and Aikijujutsu techniques.

When viewing the YouTube footage slow the video down, ideally to a point where you can view it frame by frame. This will allow you to clearly see the application of Aiki.

Made with SimDif
Alun Harris